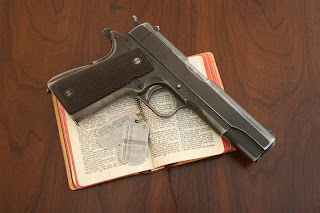 Welcome or not, I was here and here to stay, but back in 1985 I didn't know that, in fact I had no plans to stick around. In my mind it was always a temporary situation, something I would change when I could manage it. So for the first year, I just stood my ground and carved out a place for myself amongst the locals who questioned my presence as if I were a leper in their midst. I hard-assed my way through their cliques with all the subtlety of a street fight in progress.

In the five-cities and surrounding area of San Luis Obispo County, the main theme was "We belong here and you don't." It was never vague, it was never subtle, it was always overt. It was the prevailing force that sought to eliminate anyone it collectively didn't approve of by making them feel unwanted and afraid.

The majority of locals I encountered used religion, community position, and life style, as battering rams to enforce their selections. In their way of looking at things I had nothing to offer. That was their conclusion from the beginning, and still is today in 2011. I was not, and am not, seen as a musician or artist in their midst. I was, and am, looked upon as a low life undesirable.

Because I left L.A. as a failure, in my own mind, I did not come to the Central Coast to continue my pursuit of music. To the contrary, I came here with that buried in a deep dark hole that I was tired of looking in. Back in L.A. I was Bobby Jameson, but when I got here I was simply nobody, nobody at all.

It doesn't matter what one may think about what I should have done back then, because this is the story of what I did, not what I should have done. It is difficult to write about facts when the facts, in hindsight, seem questionable at best. But still, the fact is that I approached San Luis Obispo County from the beginning as a complete and utter loser. My demeanor was more that of an outlaw reject than someone who had worked and studied in the music industry for over twenty years.

I was broke, jobless, and homeless, other than having a mother and brother in the area who chose to take me in. I had no prospects or plan for the future other than to keep breathing and survive until I made my move. My only success, as I have stated, was that I was sober and clean for nine years, so that is what I focussed on.

Because I had nowhere I was supposed to be, I spent my time going to a lot of twelve step meetings in the area, both day and night. That became my destination and purpose, to show up, and without that I would have stayed isolated and alone. It gave me a place to voice my opinion and talk about staying clean and sober through hard times. This became the crux of anything worthwhile that I may have added to this area in the twenty-seven years I have lived here.

I have returned to the subject of my arrival on the central coast of California in 1985 as a response to the email I received from Tom Leatherwood a few weeks ago, who is a local resident from Paso Robles, about 30 minutes from me. His email makes clear what I was faced with when I first came here, an attitude of "Let me tell you how it's gonna be, Boy," an attitude I rejected with all the conviction of "Doc Holiday." It was made crystal clear to me back then that I was unacceptable, and as you can plainly see it hasn't changed a lick.

I am not down on christianity, I am down on anyone who uses it as a sledge hammer against others who do not share those beliefs or agree with them, and/or the book they acquired their beliefs from. For those who believe that the bible is God's Word, I say, "Not to me it isn't." I have actually read the bible, from cover to cover, something I have found that many who claim to believe in it have not actually done. They seem more than willing to take some so-called authority's word for what is contained therein, a dangerous practice.

In my mind, I do not need anyone to translate it or tell me its meaning. It is a book written by men and touted to be the inspired word of God Himself, something I thoroughly reject. God doesn't write books, men do. I am not godless, nor am I a christian, or anything else, but I am committed to fight tyranny no matter what form it comes in. The use of the bible and its contents and prophecies is speculative at best, and a tool of control, fear, and punishment at its worst, the end result being the return of Christ and the utter annihilation of all disbelievers.

Somewhere on the central coast of California is a guy named Bobby Jameson, a guy who learned from experience that those who choose to believe blindly in anything are destined to live as hypocrites and bullies amongst others who truly seek out solutions to life's many pitfalls and temptations. The closed mind, and practice of overt judgement, issued forth by Tom Leatherwood and those like him, have been the corner stone of racism, gender discrimination, and social bullying throughout history. When some choose to follow an ideology based on theology, they cease to think for themselves and are nothing more than a mob demanding that their way is the only way.

I am here on the coast of California in San Luis Obispo as me. I am not here to listen to, or take direction from anyone, regarding what I do, or what I should or shouldn't say about anything. I am sixty-six years old, have thirty-five years of sobriety, and have learned the hard way to survive anything and everything. I have paid my dues in spades, and put no man above me, no matter who or what they claim to represent. I am Bobby Jameson and I earned my place on the planet.
Posted by Bobby Jameson at 8:55 PM