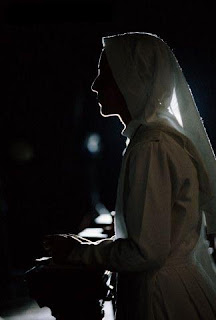 Toward the end of me being Tony's boy, I was flown alone to a city, I believe on the east coast. It could have been New Jersey or New york but frankly I'm not sure. As much as I was moving around It could have been anywhere. The plane landed and I was met by a limo. The driver had been directed to take me to a lower middle class home in the suburban part of whatever city I was in. I had zero information about what was transpiring, but didn't think it was any different than what I'd been doing, until we pulled up to a small house on a residential street.

There were a lot of people out in the street and on the sidewalks staring at the commotion from their yards. The whole area was loaded with cops and a bunch of press. Flash bulbs were going off, and the police were trying to keep some kind of order as the crowd moved in on the limo. I asked the limo driver where the hell we were, and what was going on, because this obviously was completely different than anything I'd expected. He could only say that he'd been directed to pick me up at the airport and bring me to this address and that was all he knew.

At this point someone was tapping on the window and motioning for me to get out of the car. Without knowing what to expect I reluctantly did so. I was greeted by a number of very official looking people in suits, who appeared to be very happy to see me, which was somewhat of a relief. "Hi Bobby!" came a voice of one of the greeters, "Very glad to see you and thank you so much for coming. This will mean everything to the parents." Now I was really confused. What parents? What was this guy talking about? I was completely in the dark and tried unsuccessfully to obtain some info as to what the hell was going on.

"Bobby, this is his honor the mayor," of wherever we were, "and he has been looking forward to meeting you personally." I reached out and shook his hand and barely could make out what he said to me. The crowd had begun to push it's way closer to us, and I was keeping one eye on them and the other one on all my new buddies. I'd been in crowds before that just all of a sudden got out of control, so I was none too comfortable being out in the middle of the street with these guys. A helicopter kept flying in circles above us making a hell of a lot of noise, and this just added to my anxiety.

At last we made it to the house and in through front door where even more people were waiting. They were all trying to thank me at once for coming, and I was just getting more and more uncomfortable and kind of angry, because no one was bothering to fill me in on any of what they all seemed to know about why I was there. Everybody was trying to touch me and shake my hand as I was escorted down the narrow hallway of this small house. We got to the doorway of a back bedroom and all of the noise around me suddenly grew quiet as I entered the room.

Inside were more people and what appeared to be the parents of a sick boy who was lying on his back on a hospital bed in the very center of the room. There was a priest and a couple of nuns or sisters holding what looked like rosary beads, and they were all staring at me with a look that I find difficult to explain. Kind of like OK, do something. I just stood there looking back at them, not knowing what they wanted from me. I heard a voice begin to talk and it was the mother of the sick boy telling him that I was there in his bedroom.

I looked over at the kid who had not moved a muscle since I'd arrived. The soft voice of his mother seemed to awaken him to the fact that I was in his room, standing by his bed. He turned his head toward me and asked in a weak voice, "Are you Bobby Jameson?" "Yes, I said, I'm Bobby Jameson." All of a sudden out of nowhere this kid sat straight up in bed, as if some invisible chord had yanked him up. I was somewhat startled by this, because he had not moved at all since I'd arrived. His mother started speaking again, telling him I was there to autograph his copy of "I'm So Lonely." God, I thought! Why didn't someone just tell me that that was why I was here, to autograph this sick kids record.

For a moment I was relieved that I now knew what the big fuss had been about. But then the kid got even more animated and stood up on his bed and as he did so, there was kind of a gasp from those in the room. He began jumping up and down on the bed yelling, "Bobby Jameson's here, Bobby Jameson's here." I just stared at the kid jumping up and down on his bed, not knowing what I should do at that moment and feeling extremely awkward and wanting to leave. Simultaneously the parents and a few others burst into tears and fell to their knees, muttering words of thanks and I'm not really sure what else.

I quickly signed the record and began my retreat to the door leaving them behind and hearing them still crying as I went. I did not stop or speak to anyone on my way out of that house. If they spoke to me I didn't hear them. I heard nothing. I was angry and confused that I had been taken there without being made aware of the circumstances. I hit the street, and again I spoke to no one. I saw the limo driver and motioned to him that I wanted in the car and out of this place now.

He seemed to know exactly what I was thinking and opened the door to the limo, which was still parked in the middle of the street. He drove me straight to the airport and on the way there I learned from him the circumstances of the boy, which he had learned from talking to people outside the house while waiting for me. The kid was gravely ill, not expected to live, and had not walked for 6 months until I showed up in his bedroom. I did not want to hear any more and closed myself off to the world as we drove on to the airport.

Before I knew it I was back on the plane and in the air headed to, God I didn't know. I didn't know anything except that I was ready to tear Tony's head off for sending me there at all. Why in God's name did he send me there? And why didn't he tell me about the sick kid? What was he going to do next, and how was I supposed to be ready for it whatever it was going to be? I didn't know the answer to that and it scared me. I had a terrible sense of uneasiness about Tony and I knew that I would not go on forever doing what he told me to do.