(part 7) THE TALES OF TWO CITIES 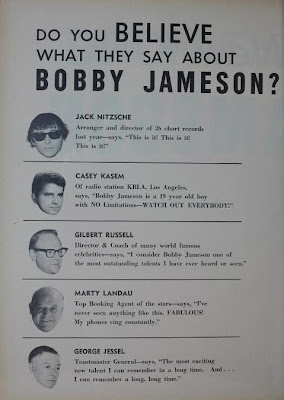 I am doing my best to write factually about the events in the life of (me) Bobby Jameson. There has been, and continues to be, enormous contradictions regarding what Tony Alamo has said about these events, and what (my) Bobby Jameson's position is. There is widespread interest, it appears, from followers and ex-followers of Tony Alamo.

Some will not believe what is said here, because they won't ever believe anyone but Tony. Others will want to believe what is written here, simply because anything that negatively portrays Tony Alamo fits into their way of thinking. I am not interested in either side's position. I have my own side to represent and it can only be represented honestly with facts known only to Bobby Jameson and Tony Alamo.

In the end, there will be two different versions of the same events, as described by the two individuals who were originally involved. While Tony has spent decades representing his version of these events, it is only after 43 years, that (my) Bobby Jameson's side of this story comes to light.

Tony Alamo made millions of dollars with his brand of honesty, and hurt countless human beings in the process. Bobby Jameson made nothing, and has struggled for over 4 decades to make ends meet while obtaining and maintaining 31 years of sobriety. It is only because of the internet's creation and popularity that this opportunity to tell my story became possible. Prior to the internet Bobby Jameson was no more than an obscure fact of music history.