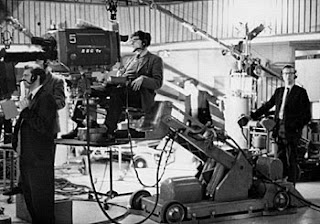 After the "Ready Steady Go" television debacle I felt like hiding underground forever, but the publicity raged on anyway. I couldn't believe they were still promoting the record after what I'd done on TV, and I couldn't get Andrew to meet with me. I began assuming the worst, which was, that he had no plans to talk to me, ever.

I complained bitterly to Lee and Peter about Andrew refusing my calls, but they were unsuccessful at getting a response from him either. It became apparent that Oldham had done a one shot deal with his Bobby Jameson project, and if "All I Want Is My Baby" wasn't a big hit, which it wasn't, he was not planning to do a follow up.

The investor friends of Lee Karsian, the people who had paid for me to come to England, began questioning Lee about the Oldham deal and any further plans regarding another record. From what I could gather, because I hadn't been in on the original deal Lee and his partners made with Andrew to get me to England, Lee had simply trusted Andrew and there was no contract, or it was limited to a single release.

To this day I still don't know what actually happened--so much for trusting the adults. In both the case of Tony Alamo and Andrew Oldham there were no contracts that I ever signed. It seems that people were just taking shots and releasing a record and waiting to see how it went. In the case of "I'm So Lonely" it did pretty well, but in the case of "All I Want Is My Baby" it had not lived up to the hype.

Tony Alamo and I could have continued, but he had flipped out on his God trip. Andrew on the other hand appears not to have had any follow up in mind unless my record with him was a big hit, which it proved not to be. Although I had been treated pretty well since I'd come to England, lived in a nice flat, and was treated like a star, things had begun to unravel over the months since I'd first arrived.

The mood of everything changed. Lee had obviously pissed off his London contacts when they learned there was no real agreement to continue forward with Andrew Oldham and Decca Records. I was just someone who had cost them a lot of money and hadn't paid off in the way they believed I would. I was now just dead weight to them. A bad investment. Because of this Lee Karsian bailed out and went back to America, saying he had to leave because of pressing business in the states. He has not spoken to me since that day.

I was notified by messenger that I still had the use of the flat, because of a lease, but that it would run out in a matter of weeks. As if things weren't going bad enough, Peter Caine's girlfriend Susi, came over to London with Lois Johnston out of the blue. It seems Susi came to London to tell Peter that he could either stay in England forever with me, or go back to America with her. "It was one or the other," Peter told me. He said he had no choice but to go back with her, and within a week they were gone as well.

I was now in London alone, and was 19 years old with no one to turn to except myself. I had been at the top of the pile a few months before, but now found myself struggling to make sense out of what was going on. When I least expected it, Lois showed up at my door. In case you don't know or don't recall who Lois is, she was the ex wife of the man Tony Alamo had conned into guaranteeing payment for the Billboard Magazine ads. I'd been living with her in L.A. before I came to London. Anyway here she was, standing at the door looking like a million bucks, but I had mixed feelings about her showing up.

Why? Because she had come from the U.S. with Susi over a week before and this was the first I'd seen of her. It seems, according to her, that she had been a guest of Victor Lownes who ran the Playboy Club in London. So here she was coming over to visit with me. I told her I wasn't too happy about playing second fiddle to that guy and asked her "why she even bothered to come at all?"

Her reply was almost life threatening at the time. I was already feeling like an abandoned child, because everyone had left, when Lois lit in to me saying "I was a failure and that everybody knew it except me, and that she had decided that if no one was going to tell me then she would." Her words hit me in the face like a hammer and I told her to "Shut up!"

She just kept going, and going, and going, like a mother scolding a child. I lost it! I slapped her across the face and said, "Get the fuck out and leave me alone!" She refused to leave and I slapped her again. I had never hit a women in my life, but I hit her. I was not prepared to handle the verbal attack on me, and hitting her was all I could come up with to make her stop.

There is no justification for what I did. I am telling you what happened. It is for the reader to decide how I should be viewed in light of this information. Lois finally withdrew and I sank into a state of depression like I had never known. I was totally alone and had no idea of what to do.
Posted by Bobby Jameson at 9:35 PM