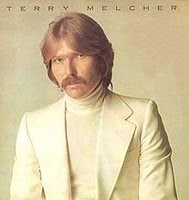 After the release of "Color Him In" in 1967, I started dating Deana Martin, the daughter of Dean Martin. I used to spend a lot of time at the Martin house, and it was just another one of the many contradictions about my life. I spent so much time on the streets of Hollywood and West Hollywood that I became known as "The Mayor Of Sunset Strip," a position later given to Rodney Bingenheimer, and then Kim Fowley.

I was having trouble fitting into all the different personalities that were part of my life. I met Terry Melcher at the Martin house, and he was dating Gina Martin, the older sister of Deana. We did not like each other. Terry considered me another run of the mill singer/song writer, and I considered him the no talent son of Doris Day.

At some point in 1967 I began to realize that "Color Him In" was not the resounding hit I had hoped for. Verve Records, it seemed, had backed off on promoting the album, and as usual L.A. radio was giving me 0 airplay. I bitterly complained about this but to no avail. I turned my frustration toward the streets again, and immersed myself in the culture of protest demonstrations against the war and police brutality.

One would have thought that as much press as I was getting on the streets, L.A. radio would have embraced me, but they did not, ever. My reputation with the inside crowd in Hollywood's music business sucked, and still does today. I didn't kiss enough ass, but I did show up at places like the Martin house, so people like Terry Melcher, and others, were irritated by me and my ability to infringe on their ranks. It was like a high school clique of special cases, and they kept asking each other, "Who the fuck is this Jameson guy?"

I was cutting some demo's one day for Screen Gems Music, something Steve Clark cooked up. Lester Sill, who was the head of Screen Gems at the time, had a son named Joel, and he was producing my demo session. The players were Jerry Scheff, Ben Benay, Jim Troxel, and people like that, really good players, but this asshole, Joel Sill, kept interrupting every take to tell us how to play.

Finally I'd had enough, and told him, "Shut the fuck up, Sill! Quit fucking with us!" Joel got on the the talk back mic from the control room and started talking shit to me, and that did it. I threw down my guitar, yanked off my ear phones, and went after him. He ran.

It was part of the personality of "quit taking shit from assholes" that I'd developed. The other musicians approved of what I did, because they couldn't do it. None of them liked Sill, but had to tolerate him so they could keep on working. I, on the other hand, didn't give a shit, and had taken more than my share of bullshit from ego maniacs. I was now willing to take them on just about anywhere. I'm sure this did not help my cause.

I was drinking all the time. I popped pills, and took too much LSD. I was volatile and mouthy. I would fight damn near anybody who gave me a reason. I looked like a cross between Jesus Christ and Wild Bill Hickok so there was always some dumb son of a bitch who would say something stupid to me like "Who the hell are you supposed to be?" 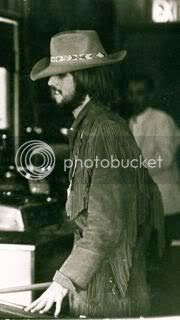 The reason for telling you these things is to keep reporting the changes in circumstance and personality that were occurring in my life, the context of what I was doing, where I was doing it, and some of the people involved. It is important to keep up with this, because each new part and person played some role in what occurred.

I was like a ping pong ball bouncing off each new situation and person I encountered. I never got settled into anything before it would change again and I would have to start over. If you look back at what I have already told you it is obvious that no set of conditions, persons, or circumstances lasted very long.

The only thing I could count on staying constant was change. I was getting arrested during street demonstrations and then getting out so I could show up at the Martin house. It didn't make any sense, my life was a pin ball machine. I was torn between the luxury of Deana's life and the hard edge of the streets.

I was torn between the Terry Melchers and the Joel Sills, and my own need to create music that stood for something. Everything always seemed to be at odds with itself. I could not get all the pieces to work at the same time, even though the pieces were there. I was barely 21 and was a total maverick amongst mavericks.

I am not blowing my own horn in making that statement. Maybe it would be more accurate to say I was an outcast amongst mavericks. Al Ruddy once said to me, "If I knew what to do with you Bobby, I'd do it, but I don't." I thought that was a pretty honest remark, Al produced "The Godfather" for 20th Century Fox in the old days. The more I defined myself the less defined I was in the eyes of those who had the power. They knew me but kept their distance, as Kris Kristofferson once wrote, "he's a walking contradiction, partly fact and partly fiction."
Posted by Bobby Jameson at 9:59 PM