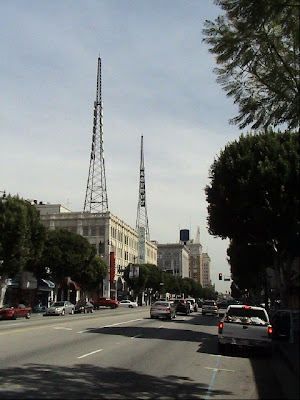 In 1972 and 1973, the world of Bobby Jameson had crumbled into a state of chaos. Once again, the dichotomy between the twin heads of publicity, and the true nature of events occurring in my life were at odds. The reality was, that I had become a walking time bomb.

The publicity, as in the Rolling Stone article, did not fully make clear the depth of the problem I was engulfed in. It lent itself more toward the view that I had irons in the fire, and projects in progress, without ever seriously analyzing the authenticity of my complaints.

Like most things written about me, both then and now, Rolling Stone's article was a cursory overview, or glimpse, at eight years of my life in a nutshell. I suppose it was due in great part to the fact that I was not famous enough to waste much time or space on.

Inside my broken world of thinking, the article was just enough to hold onto, but not enough to do any actual good in my life. No one particularly gave a damn that some "has been" or "never was" pop star had complaints about the record business, and not getting paid, which still holds true today. As well, the standard opinion was, and is, that I should be grateful that anyone even knows who I am.

I have never been foolish enough to ask, ever, for anything beyond what I was due for the work I did. My complaint then, as now, fell into the ranks of, "I just want to get what I earned." Even though this simple fact is a valid one, it was not dealt with then, and remains the same today. I have heard every conceivable reason, and variation of reasons, why I shouldn't and wouldn't get a thing.

This constant state of not being paid for my work, other than a few hundred dollars here and there over an eight year period, literally beat me senseless. The lack of any tangible assets for my work was devastating to my entire psyche, as well as my capacity to earn a living. No thought was ever given to how I could possibly afford to meet my basics needs.

From 1964 to 1972 I made virtually nothing for everything I had written, recorded, arranged, produced, and performed in eight years. Yet even now, as it was then, I am ridiculed for even suggesting that I be paid anything for my work. The point of this exercise, is to give you some idea of what kept driving me. What was it that I thought about for days at a time, while drinking and taking any drug I could get my hands on?

My anger and obsession over this problem, would pile up inside me like an over-stuffed closet, until finally, there was no room left to fit any more inside. I would literally run out of space to fit in more misery. It was at these times, when the dramatic and deadly effects of all that had happened, would explode into another self-destructive event in the life of Bobby Jameson.

In late 1972 or 73, I don't remember, I was standing in the parking lot of Hughes Market on Highland Ave. in Hollywood. It was just before dawn, and I had been loaded for days on pills and booze. I was frantically talking on a pay phone to Carol Paulus, but have no recollection of that conversation's subject matter.

I can only surmise that it was the same old thing, but don't really know for sure. I was just out on the street with no place to go and had called her out of desperation. I do recall vividly the end of the conversation though, and you will understand as I continue.

I don't know how long we spoke, but at some point she said she had to get off the phone and get some sleep, because she had to go to work the next day. Carol was a top hair stylist in the West Hollywood/Beverly Hills area. In the state of mind I was in, it felt like the last thread of hope had just been cut.

I held the phone tightly to my ear and turned around gazing at the Hollywood skyline silhouetted against the coming dawn. My eyes locked on the shape of two 125 foot steel towers on the roof of the Pacific Theater on Hollywood Blvd. They looked like twin oil derricks, poking up at the sky like skeletal fingers.

As I listened to Carol's final words, I said, "It's OK, don't worry, I understand." She then asked, "Are you alright?" "Yeah," I said, "I'm Fine. I'm gonna go and climb a tower." I hung up the phone and started walking toward my new goal, the tower.
Posted by Bobby Jameson at 9:22 PM